2010 marks a century of Catholic Education in Herberton.  Having already founded St Patrick’s Catholic Primary School in 1910, the Sisters of Mercy established Mount St Bernard College in 1921 as a boarding college for both primary and secondary students. The main priority of the college was to meet the educational needs of students from remote areas of the Far North and North West of Queensland.

The foundation stone of Mount St Bernard College was laid on January 11, 1920 and the College was officially opened on September 21, 1921.

The College is named after Fr Bernard Patrick Doyle, who had come from Ireland in 1906, as it was his idea to establish a boarding school on this part of the Atherton Tablelands. Fr Doyle had a dream of one day establishing a boarding school in his parish and many times discussed his idea with the Sisters.

In its first year of operation some of the forty-six boarders were primary school students who attended St Patrick’s School while the remainder were secondary students and were taught in Mount St Bernard College.

In the early years the College catered for the primary education of boys as well as girls until St Patrick’s closed in 1977.

Throughout the twentieth century, Mount St Bernard College has responded to the changing needs and aspirations of students and their families. The College even hosted Cooktown’s St Mary’s School during a period of World War II evacuation. At every stage, MSB has provided opportunities for quality Catholic education to the young people of the Far North and beyond.

In 2006, the Sisters of Mercy gifted Mount St Bernard College to the Catholic Diocese of Cairns. MSB is now under the stewardship of the Cairns Diocese’s Catholic Education Services and the Mercy charisms of service, faith, hospitality and social justice continue to be nurtured and lived out by a dedicated and professional staff.

In 2009 Mount St Bernard College entered a new era of revitalisation and renewal, as you will discover as you peruse this website.

Also in this section 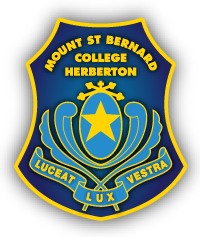